How To Make New Maps On Roblox 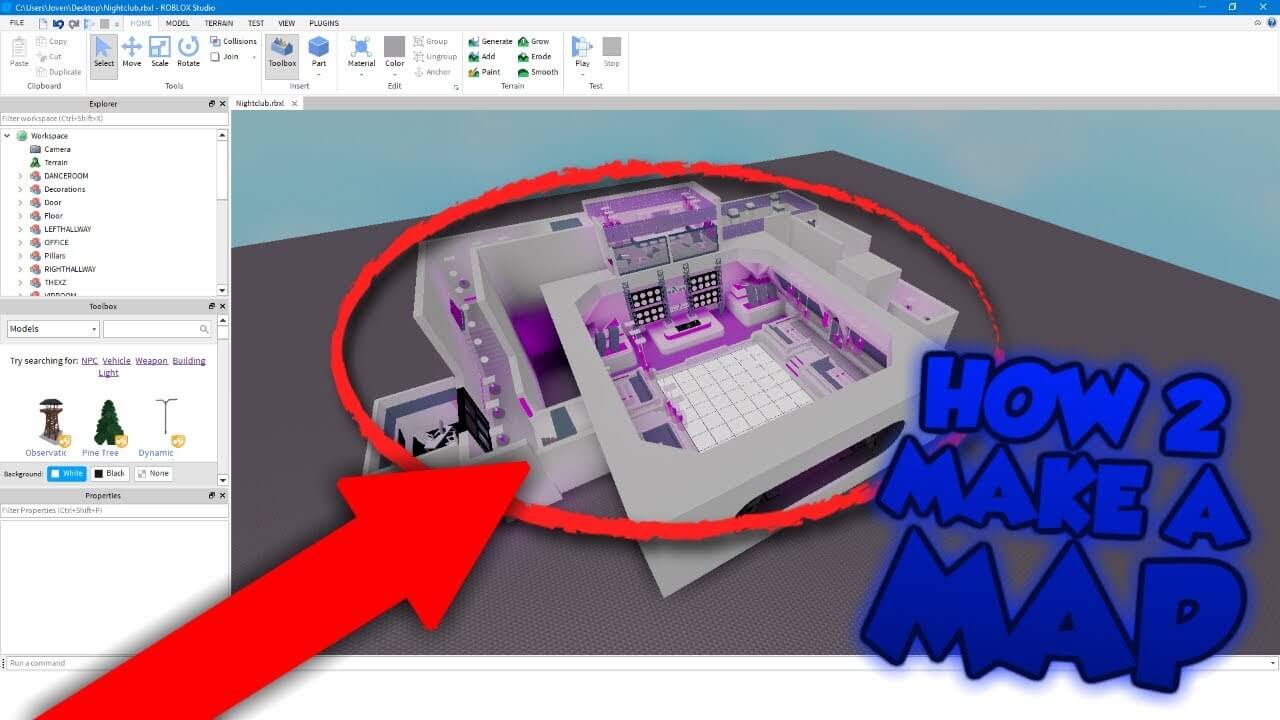 If you’ve seen the incredible montages of things people have accomplished in Roblox, you might be wondering how you can get started in the game. Of course, to describe Roblox as a game isn’t quite accurate; it’s more like an interactive sandbox and game creation tool than an actual game in and of itself. As such, if you’ve got the knowhow and the patience, creating something as amazing as the things you’ve seen out there online is entirely within your grasp. But how do you go about doing this? How can you make something as impressive as other people’s Roblox creations? Here’s our guide on how you can make new maps and games on Roblox.

Familiarise yourself with Roblox Studio

First and foremost, you’ll need to know your way around Roblox Studio if you’re going to be a creator. This is the hub where you’ll make everything to do with your new creation. Since Roblox is designed to be accessible for as many people as possible, the interface is reasonably simple, with lots of big icons and images for you to navigate. Everything from templates to obstacles and hazards is in the Studio app, so make sure you’re able to make your way around the app without any trouble before you press on. You don’t need to pick a template, but starting with one of the templates available to you is a good shout to begin with.

Get to grips with the editor interface

After you’ve chosen a template for your project – or started with a blank one – you’ll be taken to the editor interface. It might look a bit overwhelming at first, but persevere with it and you’ll soon be a master. When you break down each of the options available to you, it’ll become apparent that they’re all useful and none of them is particularly confusing. If you are struggling, there’s a very helpful tutorial bundled in with Roblox Studio (which, by the way, is entirely free to download and use) which should help you get started. You can also check out some online tutorials that might be of assistance depending on your skill level.

This can be an earlier step if you’re already feeling confident, but there’s no shame in heading into the editor before you even know what it is you want to create. When you’re faced with something as initially daunting as the Roblox Studio editor, the number of options can feel overwhelming but think about what kind of game you want to create and stick with that vision. One of the easiest things to make in Roblox is an “Obby” game, or obstacle course. These reasonably basic 3D platformer games simply task the player with navigating a series of obstacles in order to get to the goal. There’s no complex scripting required; instead, you just slot in some obstacles and let Roblox’s physics engine do the rest of the work.

It’s easy to make a straightforward Roblox map, but if you want to show off your skills, you can try learning the game’s programming language. Roblox Lua is an offshoot of the standard Lua programming language, which is easy to learn and used around the world by many different apps and programs. The official Roblox website is the best repository for information about coding within the game. There, you can learn all kinds of cool stuff, like how to make character models and world features move or interact with other things in the world. If you want your game to be a bit more alive and interactive, Roblox Lua is basically essential.

We can’t really give you guidance on exactly what your game should look like; only you can know what you want the finished product to be. A few tips to bear in mind when you’re creating your first Roblox map:

After you’re sure your game is finished, simply hit the “Publish to Roblox” button within the editor. There, you’ll be able to name your creation and help people understand what kind of game it is. Before you know it, you’ll be reeling in the players for your first Roblox map! Of course, promoting your game and making Robux from it are completely separate to making the game itself, so be sure to read up on that if it’s a factor that interests you.