Recent Updates To Roblox In 2019 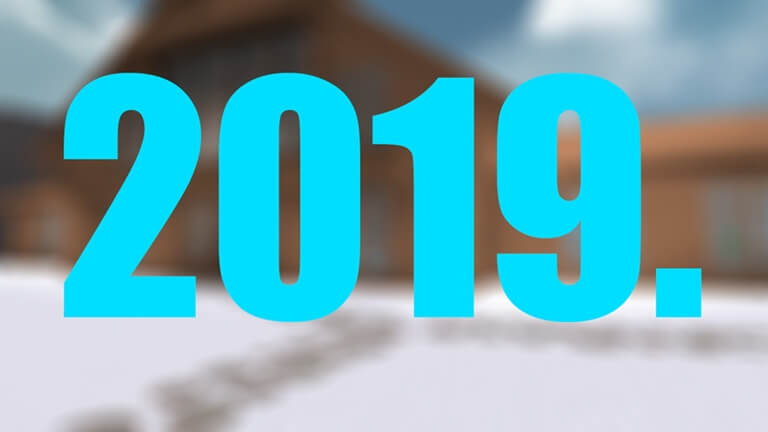 Roblox sure has come a long way since its inception in 2005. It’s spawned many successful games using the Roblox platform and doesn’t look to be slowing down any time soon as recent updates to Roblox have made it as popular as ever.

Judging from the comments on the announcement of this new material enabled on all platforms, this is already well-received. Developers claimed the material has been in production for some time but they didn’t want to say anything because they wanted to make sure they would give Roblox players the best forcefield they could create. Who doesn’t want to live out awesome forcefield fantasies? The forcefield is a staple of science-fiction and fantasy communities and now it exists in Roblox. While players were able to play around with existing mesh-based forcefields, this looks to be a more official release that’s ready to go!

Level of Detail (LoD) For Meshes

This is a great update that will increase the performance on mobile and other lower-end devices that can run Roblox. What this update did was give Roblox players the ability to render their MeshParts at different resolutions. This helps to increase performance when items are further away from the camera, especially with mesh-heavy games. This gives Roblox developers with bad computer setups or low-end users a little more control over their meshes. While Roblox is available on many different platforms, if you’re wanting to take Roblox developing seriously, then it may be beneficial to upgrade your platform a bit. Unfortunately, there’s no current plans to support custom LoD, but Roblox devs have stated that they’ll eventually look into it. Hopefully, this means the item you placed far away will look less like a potato now.

Roblox has done a pretty decent job at keeping people from abusing their system. However, if you’re going to have a platform where you give people the ability to do almost anything they want they expect to have some people who will take advantage of the system. Recently Roblox staff found out that people were abusing the /me command to send fake system messages to other Roblox players. The command was originally set to default, meaning when you typed /me it would display your player name and allow people to scam other players through scam bots. This almost pointless command, which still doesn’t really have a use, allowed scammers to say something like, “/me has earned 999999 Robux by doing this and that.” Although, if anyone actually fell for any of that then there really is no hope, but we understand people of all ages play Roblox and it’s easy for younger players to fall victim to these types of scams. While this update doesn’t remove the command completely, it does have it set to OFF by default, meaning the player has to jump through a hoop in order to turn it back on in their game. Some players want the command removed entirely, but it looks to have its use in the roleplay community. You know, the ones who have Roblox girlfriends.

If you’re looking for an awesome feature and addition to studio then look no further than Roblox’s feature that enables the ability to import avatars. You can now animate your avatar using the animation editor simply by just importing your avatar. This is especially exciting for those who make custom characters. This was generally well received by the Roblox community who collectively screamed to the point where Obi Wan Kenobi was able to hear them from across the galaxy. That’s a reference you should know if you play Roblox, because if we have to explain it to you then go back to Minecraft. Just kidding. Roblox really has come a long way from its simple beginning to now allowing such customization for their developers. While some players have used a somewhat unofficial plugin to accomplish this, it’s great that the feature now has an official release for those who are into the modeling.

There’s always been a need for improvements to respawning that were long overdue. Fortunately, Roblox staff finally made some small improvements that players have claimed helped keep them from glitching into each other when respawning. As hilarious as it was to see, it kind of sucked. Although, if you still want to see hilarious spawn glitches then there are still some videos on YouTube that can help satisfy your weirdly specific need to see people spawn in the most unfortunate situations. Players.RespawnTime was added to control how long it took between players respawning in the game. This is great for controlling the respawn time for different types of games like having a longer respawn time for team shooter games instead of having waves of people respawning immediately. This is also a great way to incentivize, you know, not dying in a game. The more you know you’re going to have to wait after you die, the less likely you’ll want to die. I wonder if this same logic can be applied to real life. I mean, what?

You have to admit that Roblox has come a long way from its humble beginnings of people thinking it was just Lego Island: The MMORPG. Playing around in ROBLOX studio is very rewarding and enjoyable, and the fun of playing Roblox doesn’t look like it’s going to slow down any time soon.