What Is Roblox Layered Clothing? An Introduction 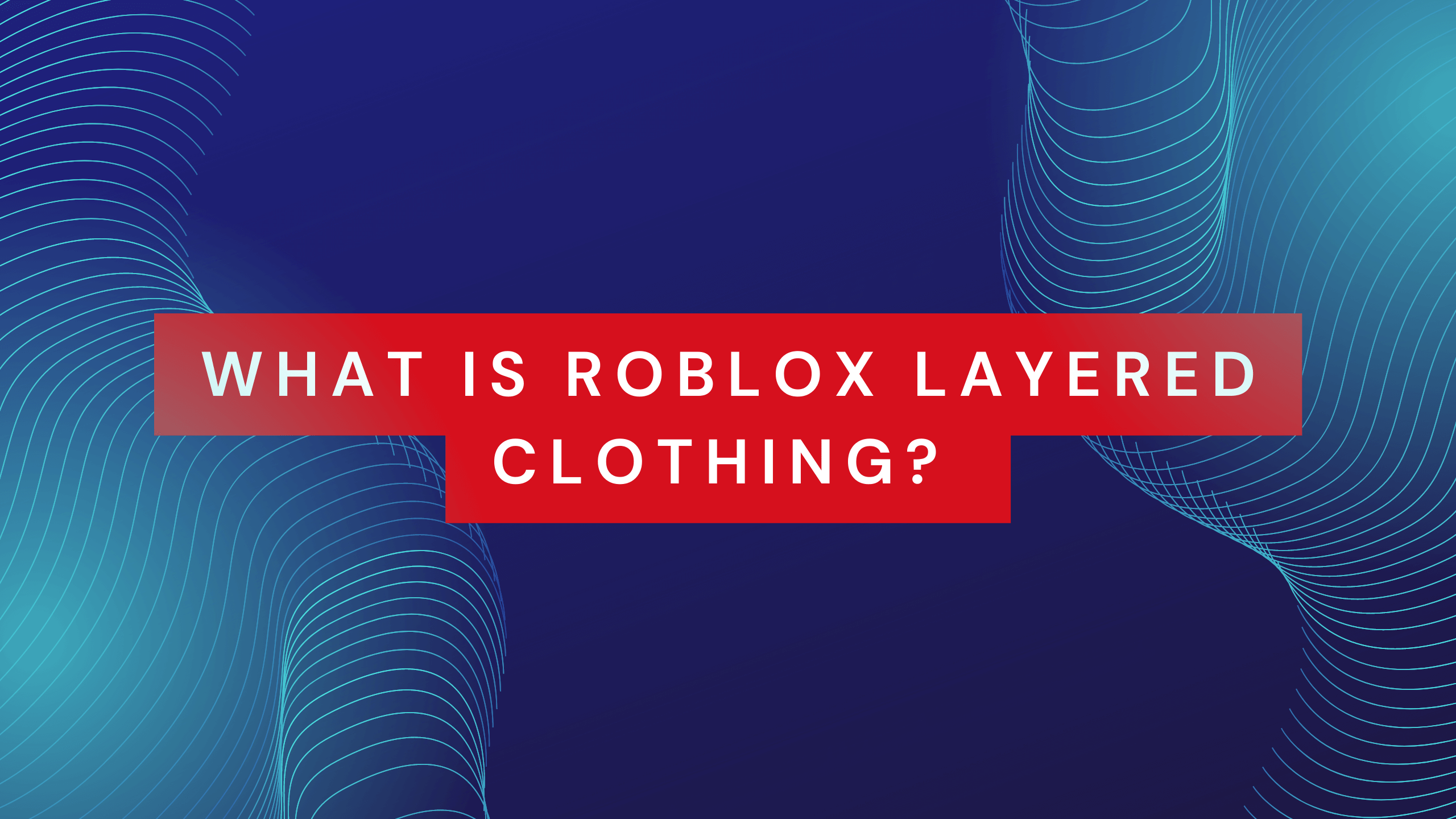 Roblox is one of the most popular games (or perhaps we should call it a “platform”) out there. Estimates suggest it currently has 43 million active users around the world each day, a number that has significantly increased in the last few years. Why is that? Well, Roblox allows people to create the games of their dreams with very little coding knowledge required; it’s a creativity powerhouse that lets people live out their gaming fantasies and doesn’t force them to sit through endless tedious tutorials to do so.

One thing that Roblox has never been called is “realistic”, largely thanks to the cartoonish proportions of its characters and worlds. Now, however, that might be changing. Recently, Roblox introduced a Layered Clothing system that allows clothing to not only fit any body type on any Roblox avatar, but also to be layered up to six times, creating a unique look for each avatar. So, what is Layered Clothing, and what could it mean for Roblox as a whole? Let’s take a look at this new system, how it was created, and how it could change the Roblox landscape.

What is Roblox Layered Clothing?

So, let’s start with a quick primer on what Layered Clothing actually is. In essence, Layered Clothing is a system that allows any kind of clothing to fit any Roblox avatar body type. That goes for standard human Blocky avatars all the way through to dinosaurs and other wacky shapes; no matter what body type your avatar is, you’ll be able to use the Layered Clothing system to put whatever clothes on them that you might want to.

In addition to this, the Layered Clothing system, as the name suggests, will also let you add up to six layers of clothing on top of whatever classic clothes your avatar is already wearing. As you can imagine, this will allow for endless combinations and permutations of different aesthetics and styles. It’s safe to say that if you love Roblox and you love customising your avatar, the Layered Clothing system will give you even more ways to do just that.

How was Layered Clothing made?

It’s well worth reading the official Roblox blog we linked above (here it is again) in order to read about how Layered Clothing was made. The dev team says it was inspired by rocket science (no, really); after watching how airflow wraps around a rocket while in flight, the team decided to use that same logic to layer meshes on top of one another, thereby creating an efficient layering system.

In practice, however, Layered Clothing is created using a complex system of meshes, each of which interacts with one another differently, especially when a character model is moving. There’s an “abstraction layer” between two meshes in the Layered Clothing system, and it’s this layer that governs the behaviour of mesh vertices, thus allowing users to stack items together. It’s complex stuff, and if you don’t have a developer background, you might struggle to understand it, but it’s fascinating nonetheless.

What does Layered Clothing mean for creators?

As pointed out by Roblox content creator Arthur Trusov, Layered Clothing has been massively successful for content creators, with Trusov himself making tens of thousands of sales only one week after the system was released. Creators can craft their own Layered Clothing creations and make Robux from selling them, but the benefit here is obvious; since Layered Clothing acts more like real clothing, the item will look more attractive and realistic, thus inspiring people to buy it.

Brands are also beginning to wake up to the possibilities of Layered Clothing in Roblox. Digital brand DressX launched 12 garments exclusive to Roblox alongside the Layered Clothing launch, and at time of writing, has sold more than 26,000 of these items. DressX co-founder Daria Shapovalova says the items were originally crafted simply for the brand, but that bringing them to Roblox has inspired the company to create more pieces exclusively for the game.

Where could Layered Clothing go next?

Roblox content creator CoffeeNerd says that Roblox players prefer “the outlandish or the normal” and don’t tend to go for a middle ground. Right now, the most popular clothing items on Roblox are simple fashions that don’t push the boat out too much, and Layered Clothing will probably reflect that too, with lots of simplistic lifestyle items up for grabs that give an avatar an aesthetic of understated cool.

However, it’s also easy to imagine how Layered Clothing could get more ridiculous and outlandish as time goes on. While we wouldn’t want to venture any guesses as to what creators could make with this system, we’re sure it’ll be used to make some seriously amazing physics-defying clothing that will reflect the individuality and status of each Roblox avatar.

Roblox is angling to become one of the gaming space’s premier “metaverse” experiments right now. That means a space in which players can hang out, play games, and interact virtually; think Ernest Cline’s Ready Player One, but not necessarily in VR. As such, other metaverse-adjacent games will almost certainly be looking to Roblox to see what it’s doing and whether they can jump on the same train.

There are some obvious contenders for Layered Clothing. Titles like Epic Games’ Fortnite, which is already making metaverse moves, could benefit hugely from Layered Clothing, and it’s easy to see how aesthetic-focused MMOs like Final Fantasy XIV could use the system as well. For now, though, Roblox’s Layered Clothing system is here to stay, and we’d strongly recommend checking it out if you want your avatar to look more realistic. It’s genius, pure and simple.